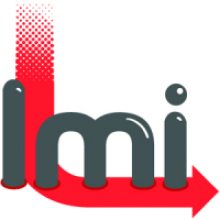 The LMI-EFRC has been awarded a $15 million, 4-year renewal grant from the Department of Energy to expand scientific frontiers of solar energy conversion! One of 32 Energy Frontier Research Centers (EFRCs) nationwide, the LMI-EFRC will continue to pursue advances in photonics to create and store energy produced from light. At the awards announcement, U.S. Energy Secretary Ernest Moniz said, “[W]e are mobilizing some of our most talented scientists to join forces and pursue the discoveries and breakthroughs that will lay the foundation for our nation’s energy future.” The LMI-EFRC is directed by Professor Harry Atwater and comprised of researchers from Caltech, Lawrence Berkeley National Laboratory, the University of Illinois at Urbana-Champaign, Stanford University, and Harvard University.