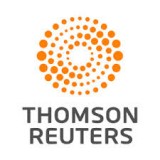 Highly Cited Researchers 2015 represents some of world’s most influential scientific minds. About three thousand researchers earned this distinction by writing the greatest number of reports officially designated by Essential Science Indicators as Highly Cited Papers — ranking among the top 1% most cited for their subject field and year of publication, earning them the […]

Quote of the Day

“Our greatest weakness lies in giving up. The most certain way to succeed is always to try just one more time”